A recent article in the Daily Telegraph highlights the benefits of Ortho-K lenses for children to stop the progression of myopia or short-sightedness from an early age. Results of a recent study showed that children who had been fitted with Ortho-K overnight contact lenses showed no change to their vision over a period of 3 years, whilst the groups which had not worn Ortho-K lenses showed a rapid deterioration during the same period. The article specifically mentions iGO contact lenses which have been approved for safety by the American Food and Drugs Administration. We are the Midlands franchise holder for iGO and, along with EyeDream, we have been fitting Ortho-K lenses successfully for over 10 years. 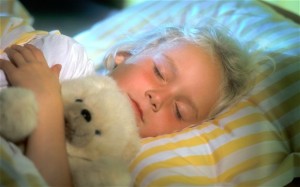 Children could be cured of short-sightedness by wearing contact lenses at night which re-shape their eyes to prevent them ever needing glasses, a study has shown. Trials involving more than 300 children showed that the lenses can stop the eye becoming misshapen which leads to myopia.
In April, a study published by Ulster University found that the rate of short-sightedness in Britain has doubled over the past 50 years, because children no longer spend enough time outdoors. Twenty-three per cent of British 12 and 13-year-olds now suffer from myopia which causes distant objects to appear blurred, while close objects can be seen clearly – compared to 10 per cent in the 1960s.

However a new study has found that contact lenses can stop the progression of myopia, a practice known as Orthokeratology. The lenses, which are removed each morning, control the shape of the eye so that it grows in the correct manner so that glasses are never needed. 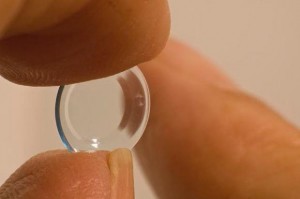 None of the children within the study suffered further change in their vision during the three year trial period although all of the control groups rapidly deteriorated.”Parents who are worried about myopic progression in their children now have a viable option,” said Professor Pauline Chow, of The Hong Kong Polytechnic University, which carried out one of the trials. “Orthokeratology has been shown to effectively slow the progression of myopia in children.”

The onset of short-sightedness generally occurs in childhood and about one in three adults has the condition, which means distant objects are out of focus. In addition to requiring corrective lenses to see clearly, people with myopia are at higher risk for retinal detachment and glaucoma.

In people with normal vision, the eyeball grows along with the rest of the body and is programmed to stop growing at a point that sustains clear vision. In people with myopia, the typically spherical eyeball becomes elongated, resembling the shape of a grape or an olive. Children who will grow up with normal vision are actually slightly far-sighted when they are aged six, so the potential for future myopia can be detected at a young age via a refractive error measure that reveals little to no far-sightedness.

iGO OVC contact lenses are now available at opticians in the UK from the age of seven. “We have whole families using lenses with some children starting to wear the overnight lenses from as young as 6 years old and who are now aged 13 without experiencing any increase in their prescription,” said Jennifer Golden, Co-Founder and Director at iGO Optical who market the lenses in the UK. “The children who wore overnight lenses suffered minimal deterioration in their eyesight over three years.”

Experts have recently called on schools to begin teaching children outdoors to save their vision. Experts at the Beijing Institute of Ophthalmology, Beijing Tongren Hospital, who have been trialling the glass box school classrooms and allowing youngsters to have lessons outside have already found that it has reduced myopia by 23 per cent. Previous studies have shown that hunter gatherer societies which live mainly outdoors, such as tribes in Gabon, were found to have the smallest levels of myopia, just one in 200 members suffering from the condition.

Founded in 1973, The Specialist Contact Lens Practice was one of the first of It’s kind. Providing specialist eye health solutions and bespoke contact lenses to even the most complex of prescriptions.